The Bottom Feeder's Guide to Finding Love in Jo'burg 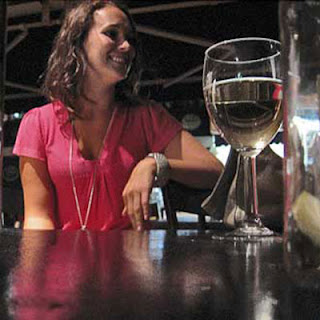 A Palace of Broken Dreams
In purgatory, all pubs will be like this. Stained floors, nicotine-yellowed ceilings and surfaces sticky to the touch. The interior is a klepto beachcomber's lair of found signs and flickering neon beer lights. Frayed, over-worked bartenders slop out draft beer and Jägermeister in shitty plastic tot glasses. The music blares from a neon jukebox, the sort of plodding rock anthems you're likely to hear at a Randburg wedding.

Then I Saw Her Face, Now I'm a Believer... Tra la la
I sat down with some friends, and got down to the task of getting baboon-whipped as quickly as possible; it had been a bad week. More of our friends rolled in, and the table grew. Across from me, I saw her. Blonde hair tied up, with strands falling across her blue eyes, pale skin, and dressed in a suede jacket and cotton shirt. Even more encouraging, she had a small pile of empty tequila glasses around her, and was just then dispatching the last one, slamming the glass on the table with a grimace and a sigh. Turns out she was a friend of a friend, so I leaned over the table, and introduced myself. She smiled, shook my hand, and resumed talking to her friend, who then became the most envied, loathed person in my universe. I retreated behind a double Jameson, and fumed quietly.

Talk
The night drew on, people left, one passed out under the table, and I threw myself into conversation with the paragon. We clicked, and in moments were having the focused, tunnel-vision kind of tete a tete where your parents could be being murdered at the adjacent table, and you wouldn't bat an eyelid.

Lunge
The crowd thinned out, the lights seemed dimmer, and the conversation paused for a moment. I lunged. The lunge is the fix bayonets, over-the-top gung ho approach to getting a snog. It's not for the faint of heart, and has a worryingly high slap-to-kiss rate. Bam! She kissed me back. This carried on for some time, both of us oblivious to the fact that we were snogging in the Jolly Roger; about as classy as kissing in a rubbish skip.

"Coffee"
"So, would you like to come back to mine for some coffee?" I asked; "coffee" being the adult semaphore for "let's go back to mine and shag". She said "yes..." I almost whooped for joy, grabbed my jacket and bundled her outside, racing through the pub no-man's land fast as a man running under shell-fire. We linked hands, and strode round the corner to my car. My car. Some (censored)-head in a Landrover had left his handbrake off, and that his (censored) car had rolled downhill into mine, shearing the side clean off, cracking the radiator, and dislocating a front wheel. The paramour made her excuses and left. I was left with the taste of her lipstick, and a circling pack of tow trucks.
Posted by timothymarcjones at 1:36 pm

F*ck - bad luck on all fronts! Reminds me I haven't been to the accurately described Jolly for a while.

You have quite patently not discovered the joys of online dating in Joburg. I spit on your bars...

In the wake of spending a couple of minutes submitting application on the web, you could be well on your approach to accessing the cash you require.
payday loan san diego
Cash Advance Chicago
Auto Title Loans Chicago