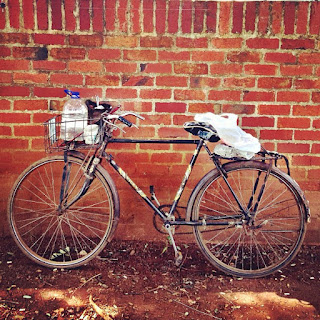 It seems in Zimbabwe, internet access is not so much a business service to the market, as more a privilege bestowed on suitably entreating, begging penitents. And once granted, this dubious connection is slow as continental drift. Communications from this digital Pangaea are a hit and miss affair. Skype meetings with someone in Sydney are aurally distorted with cavernous, gastronomically-themed echoes, burps and wheezes, like you’re calling them from the digestive tract of a dyspeptic narwhal somewhere off the coast of Greenland. Enabling video chat is out of the question- a lofty dream up there in the Dan Dare sci-fi future neverworld of hover cars, glass-domed cities on the moon, or zapping Mrs Nesbitt, my seventh form French teacher with a shrinking ray.

One would think Internet speeds slower than asthmatic lichen would be commensurately cheap. And one would be wrong. Internet access here is two to three times more expensive than in South Africa, Tanzania, or Kenya, while managing to be seven to ten times slower. When it’s up. Doing business online with the rest of the world remains the privilege of those with the vast financial resources and business connections of a Bond villain.
Posted by timothymarcjones at 4:53 pm

On the off chance that you require cash to pay your month to month bills, to pay lease, purchase sustenance for you and your family, consider payday credits.
Payday Loans San-diego
Cash Advance Chicago